ICAO has noted that "one of the major operational constraints of today is that aeronautical information is usually provided on paper". It goes on to say "The implementation of the Digital NOTAM will provide the means to create truly temporal electronic databases and form the foundation for the creation and maintenance of the universal operational airspace situation picture available on the ground and in the air."

It is clear that the introduction of Digital NOTAM should be progressed as quickly as practical whilst ensuring safety of operation and backwards compatibility to existing systems for the foreseeable future.
With this is mind, EAD is implementing step by step the Digital NOTAM function considering in a first phase to reuse as much as possible existing functionality and gradually introducing new functionality and new technology. This gradual approach is designed to minimise the impact of the change on the critical production process and reduce costs of both development and user training.
To read more about the Digital NOTAM concept: http://www.eurocontrol.int/aim/public/standard_page/xnotam.html

The EAD Digital NOTAM is built around "Data Events" which are a series of discrete different events which need to be notified to pilots to inform them during their pre-flight preparations about things that might affect their flight decisions.
Some examples are:
The overall objective of the implementation is to extend the current traditional NOTAM input and distribution to:

Data will be entered nearer to its source. NOTAM data originators at Airports and other locations will use a dedicated user interface to directly enter data of proposed NOTAM. They will do so using a subset of NOTAM options tailored to their requirements and will only be permitted to do so on a subset of the objects stored in the EAD Database based upon their area of responsibility.

The NOTAM Office will review these proposals making any changes they feel necessary before publishing the NOTAM. The NOF also have the opportunity to reject the NOTAM proposal and inform the proposer of the reason for rejection. 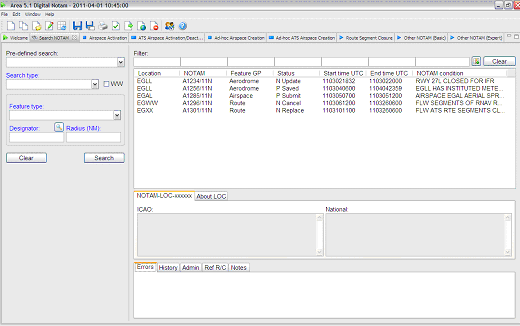 The basic current workflow is maintained within the NOTAM Offices However there will be minor changes to the operations when creating Digital NOTAM. 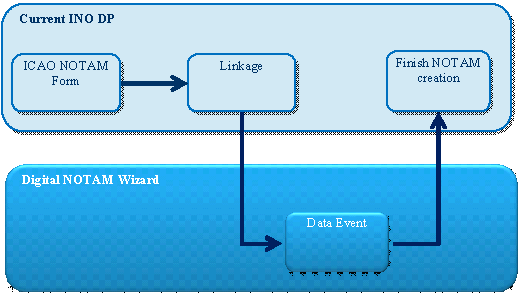 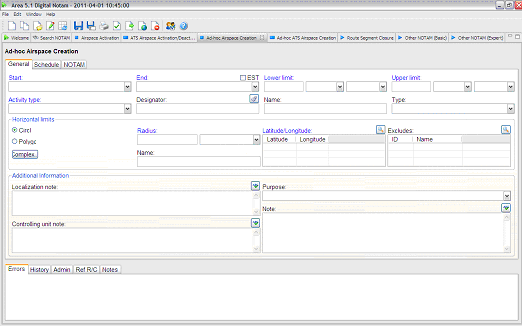 The current INO-XML schema, which is used for submitting NOTAM to EAD via system-to-system connections, will be complemented with an AIXM 5.1 based equivalent.

For detailed information about EAD – including the latest news, events, training opportunities, and much more – see the EAD general website.

You will also find explanations of EAD's solutions for aeronautical industry specialists, including EAD Pro and MyEAD.

AIS AGORA is the AIS/AIM Portal. It contains information and links to all AIS/AIM websites, points of contact and other relevant information.